Zbigniew Brzezinski, a Jesuit belonging to a black nobility family originating from Brzezany, Ukraine, is the mastermind behind the Ukraine conflict.

The plan of the Jesuits is to support the Illuminazi and Zionist factions in their hunger for war, hoping to suck Putin into a direct conflict:

http://www.rumormillnews.com/cgi-bin/forum.cgi?read=301100
Putin, instead, will just stand his ground, protecting Russian citizens inside Ukraine in full compliance with Russian-Ukrainian agreements:
http://rt.com/news/russian-vehicles-crimea-comply-agreements-227/

Ukrainian forces in Crimea have surrendered without a single shot being fired:
http://jhaines6.wordpress.com/2014/03/02/rt-ukrainian-troops-dispatched-in-crimea-switch-to-regions-side-sources/
http://inserbia.info/news/2014/03/ukrainian-warships-leave-sevastopol/

And peace in Crimea is in a process of being restored:

The mild earthquake in Crimea yesterday was a natural event as the released energetic tension has caused a slight movement of the tectonic plates, and was NOT caused by HAARP:

http://www.emsc-csem.org/Earthquake/earthquake.php?id=362664
The Cabal will no longer be allowed to interfere with internal affairs of sovereign countries as the Eastern Alliance is finally making its move:
http://chucherias2012.blogspot.com/2014/02/russia-considers-unacceptable-foreign.html?spref=tw
http://www.cnsnews.com/news/article/patrick-goodenough/russia-seeks-access-bases-eight-countries-its-ships-and-bombers

There is something else going on on the deeper levels behind the scenes and most likely I will be able to report about that in my next detailed planetary situation update, hopefully one week or so from now, when certain sensitive intel gets declassified and certain operations of the Light forces completed.

Sadly, in Ukraine the situation is not resolved yet and many people are fleeing the country:
http://rt.com/news/ukrainians-leave-russia-border-452/
Also, there is a real possibility of a military conflict escalating in the central part of Ukraine. The plan of the Cabal is to engage Ukrainian and Russian troops into conflict in ethnically mixed areas in central Ukraine and then call in a NATO invasion:
http://beforeitsnews.com/war-and-conflict/2014/03/ukraine-mobilizes-troops-after-putins-declaration-of-war-leaves-obama-dazed-and-confused-video-2450716.html
Therefore we are doing this peace meditation to calm down the situation.
This is time-sensitive and needs to go viral through your networks!

We are all doing this meditation at 9:12 pm Ukrainian time on Tuesday, March 4th as that is the astrological moment of maximal tension and maximal potential for release. The astrological chart reveals Mars, lunar node, Venus, Moon and Lilith in a grand cross, a potential for a military conflict escalation or its release and resolution: 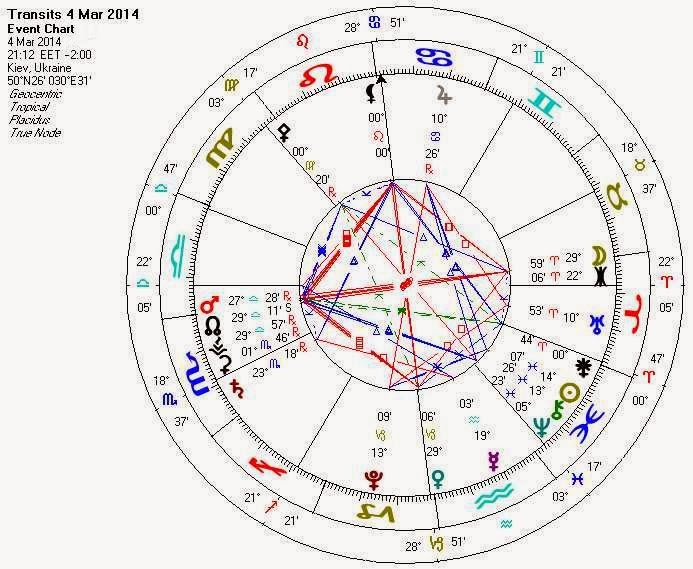 1. Relax your mind and body by watching your breath for a few minutes

2. Visualize a pillar of pink Light, coming from the Galactic Central Sun and then descending down through your body

3. Visualize that Light flowing through your heart and then through your hands directly to everybody involved in the Ukraine conflict, harmonizing everyone and bringing peace. Let that Light then flow onwards and heal all other conflicts worldwide, including situation in Venezuela.

4. Ask the Goddess presence (divine feminine) to come through your body.

5. Ask that Goddess presence to direct energies of peace and harmony to all unresolved situations regarding the Ukraine conflict and everyone involved in them. Let these energies then flow onwards and heal all other conflicts worldwide, including situation in Venezuela. Allow these energies to flow through your heart and then through your hands into those situations for a few minutes. 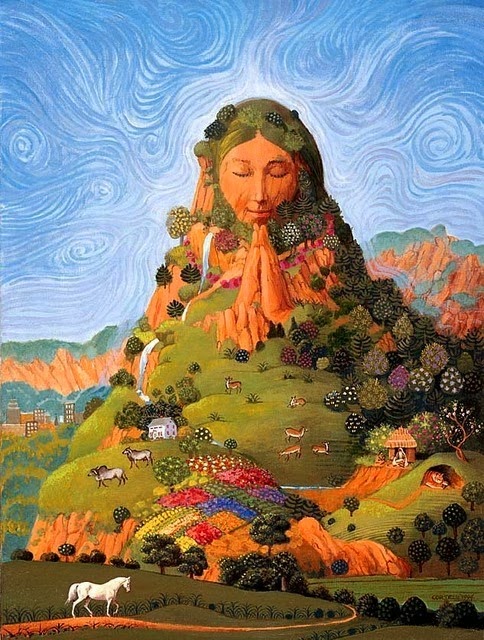 Goddess wants peace and peace it will be.

About the Author: Kelley