Skip to content
Menu
No products in the cart.
$0.00 Cart

It is time to take action again! It is time to take the destiny of our world into our own hands! We all agree that the process of planetary liberation is taking too long. Here is our chance to collectively speed up the process. Therefore we are using the opportunity of the solstice on December 21st to create a portal through which we will unify our consciousness and trigger the process that will lead us one step closer to the liberation of the planet.

Make this viral! Share it worldwide! Please post it on your websites and blogs. Invite spiritual groups to join us. If you know an alternative media outlet, you can send it to them. You can create a Facebook event for your local group of people doing this in your part of the world. We also need one main Facebook group for this event. You can create a video about this and post it on Youtube.

Scientific studies have confirmed the positive effects of mass meditations and activations on human society, so each of you that will participate in this activation can actually help bring the planetary liberation closer to us:

This activation helps the Light forces to ground the energy of Light on the surface of the planet to further stabilize the positive timeline. The number of people doing that activation is the single most influential factor within the power of the surface human population for speeding up the process.

We can reach the critical mass of 144,000 people doing this activation! We can even reach one million! This will create a massive healing chain reaction in the energy field worldwide. 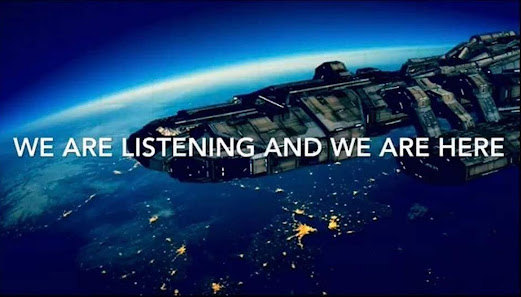 There are many benevolent civilizations in this Galaxy. They are living in a high state of spiritual development and they have a strong direct connection to the Source. They would like humanity to join the Galactic family, but they need a clear, strong, coherent signal from the surface population that contact is desired:

If a critical mass of 144,000 people joins our meditation, we will send such a strong signal, and according to Galactic laws, this will initiate a process of acceptance of our planet into the Galactic family. The process itself will still take some time, but the first and very important step will be taken, with far-reaching exopolitical and geopolitical consequences.

We will be doing the Divine Intervention Activation at the best possible moment that will have the maximum positive effect on humanity, at the exact moment of the solstice on December 21st, 2021: 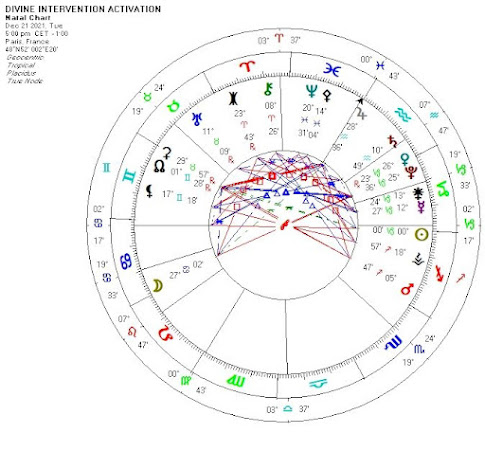 You can check the time of the meditation for your time zone here:

We will be doing this activation as a two-step process, the first step is signing the Planetary Liberation petition listed below, the second step is the meditation itself. This two-step trigger will have the maximum effect on the planetary situation possible.

Instructions before the meditation:

Any moment after you read this article, sign the Planetary Liberation petition.

Before this article was posted, we have already reached over 79,000 signatures on the petition website before it was suddenly taken offline without any explanation given: 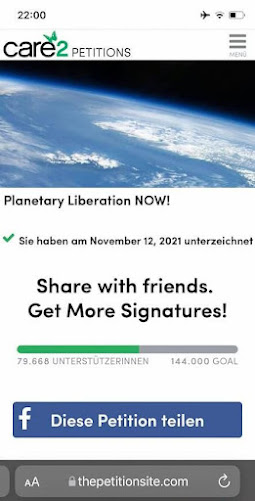 Certain forces did not like this very much, and they have already taken down the petition site twice. It is now getting extremely evident that our petition DOES have an impact.

Therefore we have created an alternative second petition site with the exact same petition. So now we have two petition sites and at least one should be working. If both go offline, we will create a third one and you can sign there. All valid signatures from all our petition sites, including the 83,000 signatures already gathered, will be added up and will count towards 144,000.

Links to both petition sites are here:

You only need to sign the petition ONCE. If one of the two sites goes offline and you have not signed yet, go to the second one and sign there. Both sites have equal importance, but your vote counts only once. If you sign more than once, you are actually delaying the liberation process. If you have already signed on to the first website, do not sign on to the second one. If you have already signed on the second one, do not sign on the first one. The only exception to this is when you tried to sign on one of the sites and your signature did not go through and/or was not approved for whatever reason. Then you can go to the second site and sign there.

We need 144,000 signatures by December 21st to trigger the desired exopolitical effect. If a critical mass of 144,000 people signs the petition, this will be the first physical expression of the collective will of surface humanity in human history that contact and intervention are desired. It will be humanity’s first exopolitical document and its importance and its long-term implications can be compared to documents such as the Constitution or to Declaration of Human Rights. By signing the petition, we are using our free will to create an energetic bridge between the surface of the planet and the forces of Light that live beyond the surface. This energetic bridge will speed up the process. The physical act of signing the petition is important because we wish to manifest change on the physical plane, therefore, simple inner dedication is not enough. You are not doing this only for yourself, you are doing this for the whole of humanity.

Instructions for the meditation on December 21st:

1. Use your own technique to bring you to a relaxed state of consciousness.

2. State your intent to use this meditation as a tool to co-create the trigger that will start the process of First Contact with benevolent Galactic beings and Divine Intervention.

3. Invoke the Violet Flame from its primary source to place a circle of protection around you during and after the meditation. Ask it to transmute anything that does not serve the Light

6. Visualize benevolent Galactic beings responding to these decrees and physically contacting you and all others who made the same decrees. Visualize the Source directly intervening in the situation on Earth, triggering an intense healing transformation of humanity. Visualize Light transmuting all remaining darkness on Earth, healing all inequalities, erasing all poverty, and bringing abundance to all humanity. Visualize a new grand cosmic cycle of the Age of Aquarius beginning, bringing pure Light, Love, and Happiness to all beings on Earth.

The suggested time for our meditation is 20 minutes.

Updates about the Divine Intervention Activation: